UNIVERSITY OF LOUISVILLE: UofL honors 2019 Parent of the Year 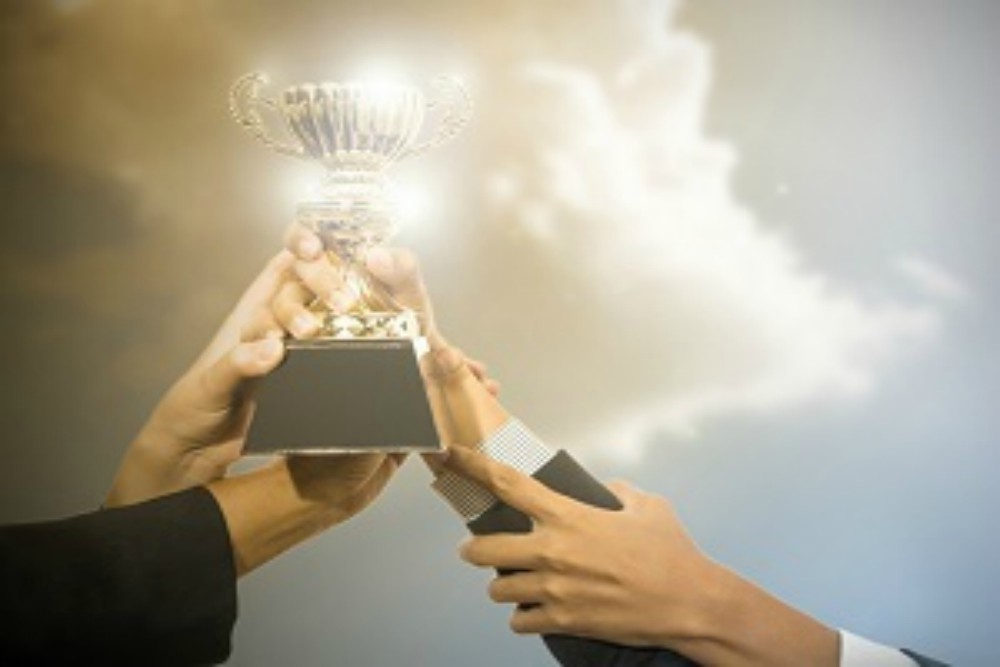 University of Louisville issued the following announcement on Oct. 30

The Parent of the Year Award, now in its 12th year, lets students recognize their parents for the help and support they’ve given throughout the students’ lives. UofL students were encouraged to nominate a family member and a selection committee came to a consensus on the 2019 award recipient: Farhiya Abasheikh, parent of Shukri Abdow.

“The Parents Association hosted a record 1,500 family members and students for Family Weekend 2019 and saw another record number of submissions for Parent of the Year,” said Glenn Gittings, director of the UofL Parents Association.

New to this year, thanks to a sponsorship from Commonwealth Credit Union, the 2019 Parent of the Year winner will be provided free tickets and hotel accommodations to enjoy 2020 Family Weekend.

Students nominate their parents/guardians or family members by writing a letter and then submitting it to a committee of UofL staff for consideration. Each nominee received a small plaque and a rolled scroll that included the student’s nomination letter. Assistant Vice Provost for Student Affairs, Dr. Angela Taylor read excerpts from some of the letters that highlighted family member’s parents’ accomplishments.

In her letter, Abdow wrote that her mother, Abasheikh, was always strong for her children through countless hardships.

Also thanks to a collaboration formed with UPS last year, UofL awarded a UofL UPS Metropolitan College Parent of the Year to Marco Hernandez and Gloria Gutierrez, parents of Cassandra Hernandez Gutierrez.

Click here to see more photos from the evening.

My biggest role model is not Rosa Parks nor Bill Gates, but my mother. A brave, unemployed, immigrant raising nine children. My mother was born and raised in Mogadishu, Somalia, a place now known as an endless warzone by the media. Once the Civil War broke out, in our native country of Somalia my mother and my grandmother sought refuge in a Kenyan refugee camp. There they lived in a tent for six years and were provided with rations, then they were granted the opportunity to immigrate to the United States of America.

My mother and grandmother came to a foreign country with nothing, but the hope of the “American Dream.” My mother and grandmother settled in Atlanta, Georgia. My mother then met my father and got married. My parents’ marriage wasn’t as authentic as those I saw in movies of perfect families. Their marriage simply reflected their desire to start a family, where they could raise their children with their shared Somali culture and Islamic beliefs. As tension arose in my parents’ marriage, my mother did all she could to protect my siblings and I from hearing their arguments. My mother distracted us by playing a cartoon on the television while my parents settled their disputes. As children we still had questions, but my mother just reassured us that it was a subtle disagreement. These arguments progressed over months, my mother’s protection could only save us from so much. A marriage without love isn’t realistic nor will it last. This led to my parents’ divorce. Our home felt officially broken. The divorce papers were signed. My father was gone. But my mother, she was still there. She always was.

My mother was a stay at home mom and has never worked a day in her life, but without my father she had to step up to support us. She struggled in her morning courses of English as a Second Language she attended while my siblings and I were at school. My mother was dreaming for a job to turn up. After weeks of waiting my mother had to turn to government aid to get assistance. Given our living circumstances, we were accepted into SNAP, Medicaid, 3Cs and WIC. This lifted a burden off of my mother’s shoulders, but she still had to pay rent, water and electric bills. Eventually a job turned up for my mother, she worked at a nursing home from 3:30 to 9:30, seven days a week with every other weekend off. With the help of 3Cs she did not have to worry about paying for daycare expenses, only a copay of twenty dollars a week.

Given all the hours my mom worked we cherished every moment we spent together; whether it is getting ready for school or eating a meal together. On the weekends we spent seven hours at daycare. I was constantly jealous of the other kids who spent less time in daycare, resulting in more time with their families. I expressed this feeling to my mother, who reassured me by stating to appreciate all I had in life, because there is someone who has it much worse.

During my mother’s weekends off work my siblings and I enjoyed watching our VCR copy of “The Parent Trap.” It was the only film that portrayed a happy ending for divorced parents. As stubborn children we desperately waited for our family’s happy ending.

As we were adapting to our new lifestyle with our mother working and going to daycare, but there were more changes occurring. My mother met her significant other four years after my parents’ divorce; a year later she was pregnant with a baby girl. My mother was a high-risk patient due to my baby sister having a congenital heart defect. During my mother’s pregnancy she became diabetic leading to preeclampsia. My mother had to quit her job in order to be on bed rest, but again, my mother hid her pain. She kept it together for her seven children. After my sister was born she was immediately rushed into open heart surgery. My sister spent the first three months of her life in the hospital going through surgery after surgery, having a total of three open heart surgeries in a one-year span. Sun up to sundown, my mother was focused on my sister’s wellbeing from giving her daily feeds through her gastrostomy tube to making sure her heart rate was monitored with a post oximeter. The birth of my sister stripped my mother of naivety as she was faced with daily struggles, but ignoring the negatives my mother kept moving forward.